Recently, I had the Butterfly house for sale on Etsy primarily because I just don't have the room for more than one or two houses in my work room.  I have had many requests as to if it was still available and if I could make another one just like it.  I would love to, but I just don't have the time and believe me it cost a small bundle to ship the thing. So rather than making a whole house, I've been toying with the idea of making a modern/mid-century modern room box to sell. Something that doesn't cost your right arm and half a leg to ship.  Here is what I came up with: 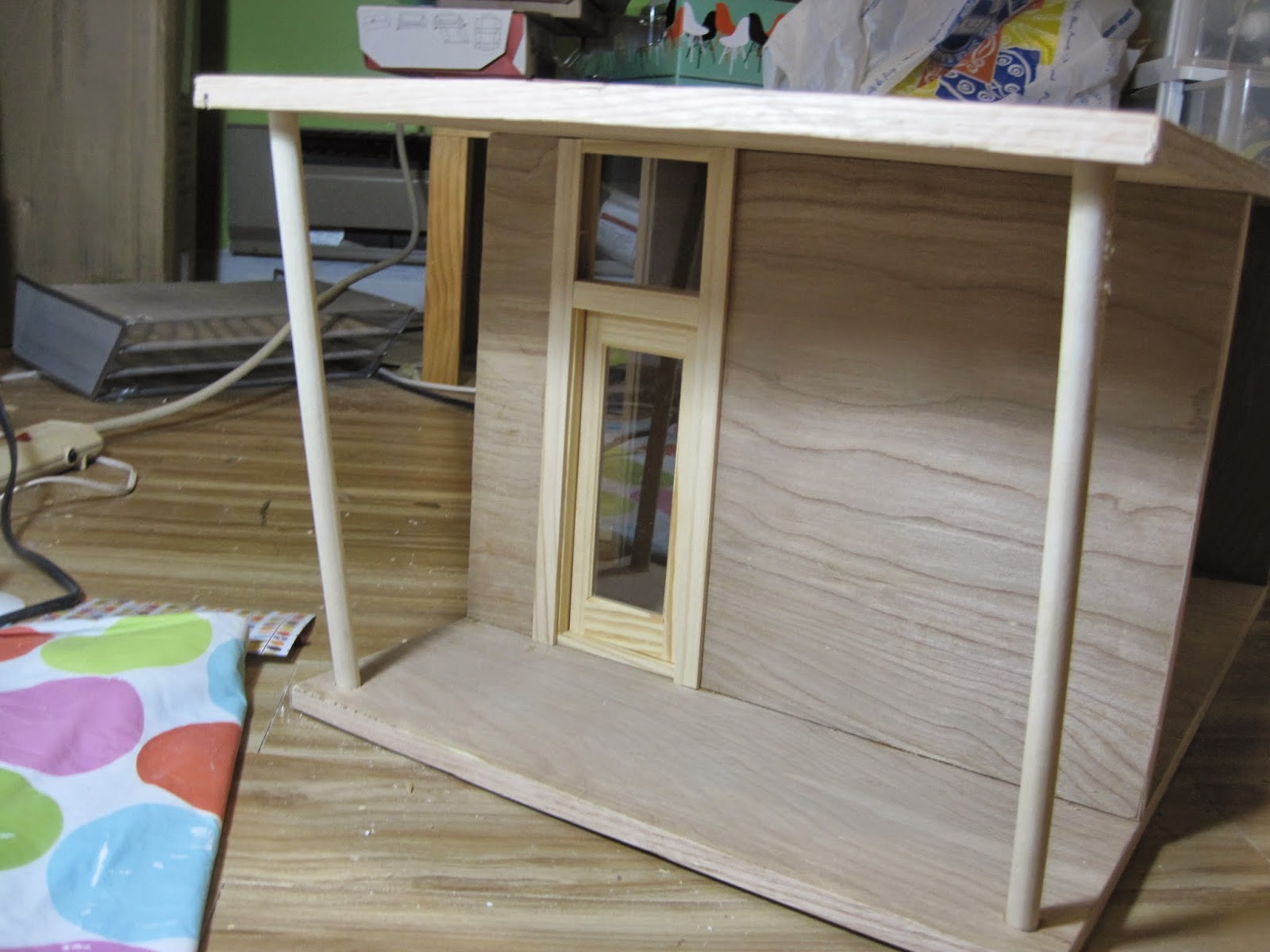 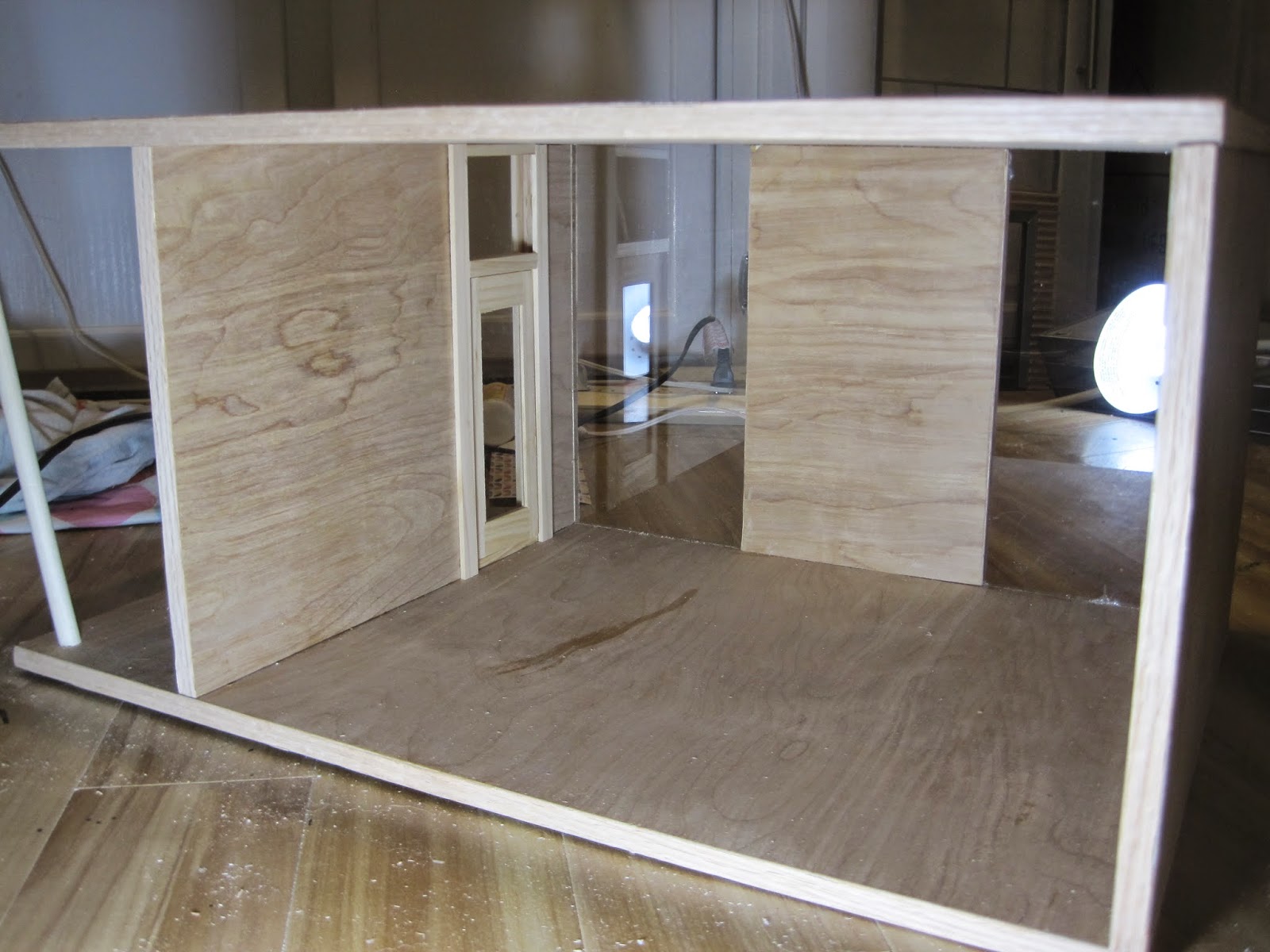 This one is just a prototype.  Hence the big smear of glue on the floor. 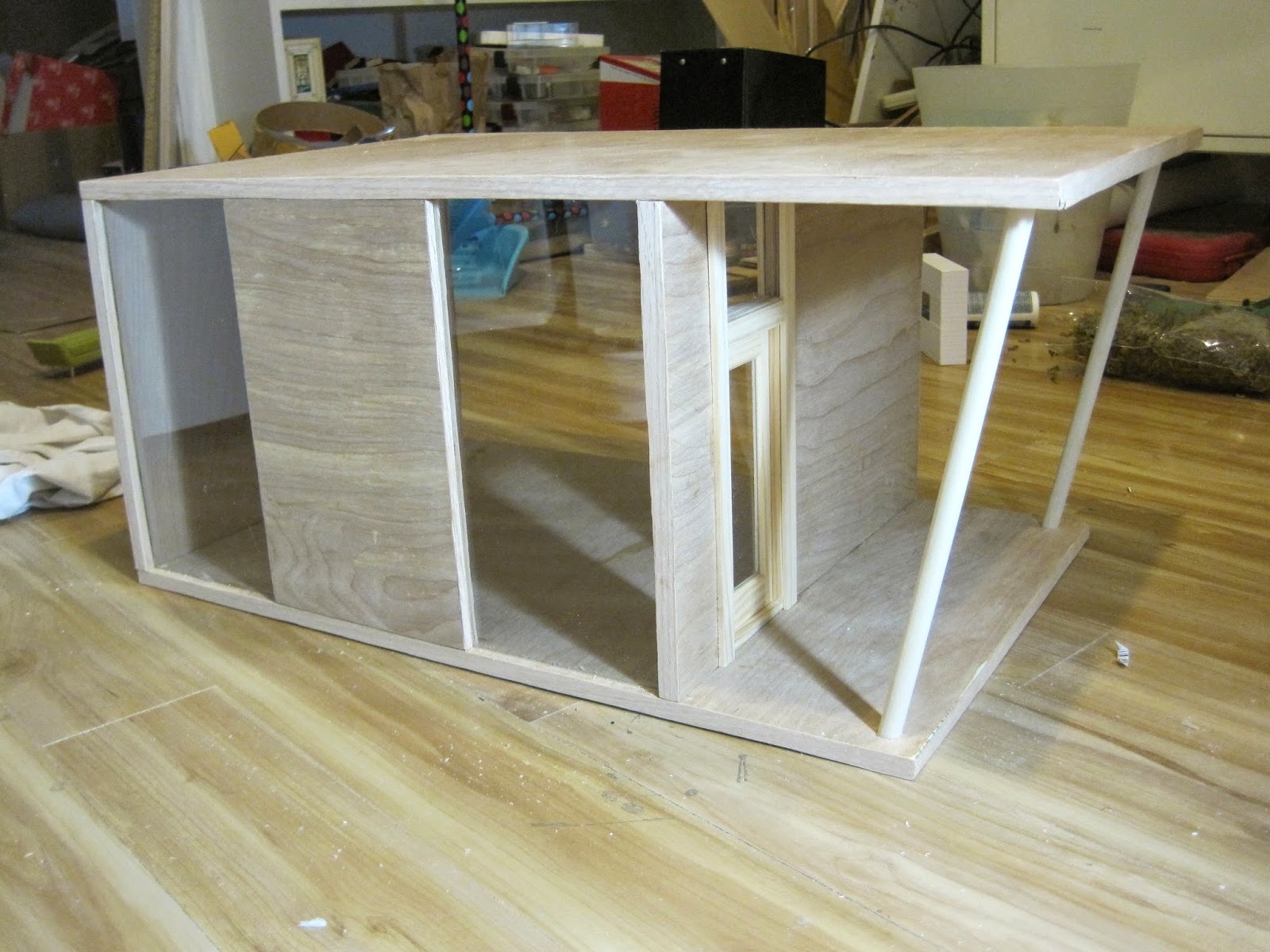 Floor to ceiling windows in the back. 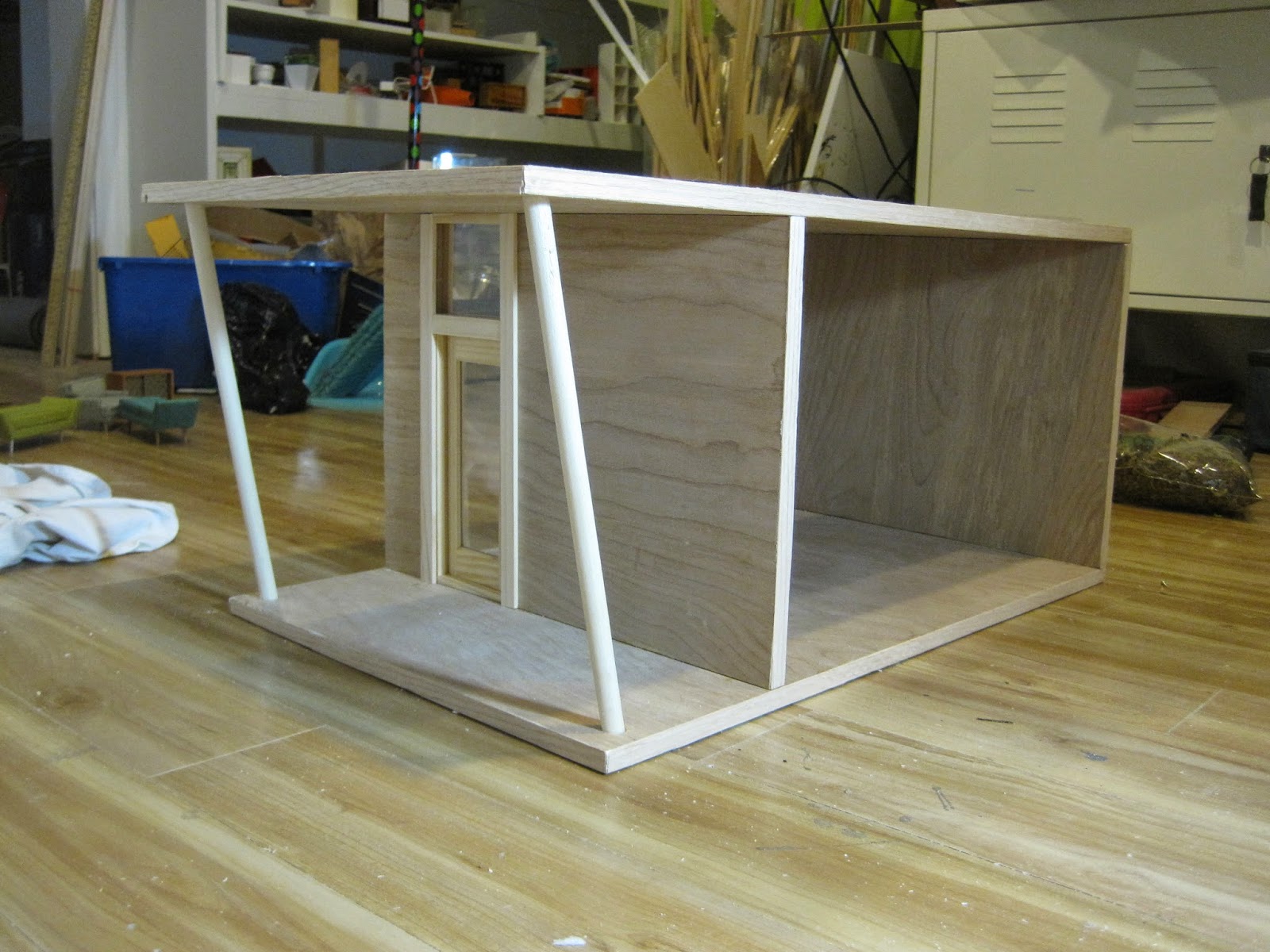 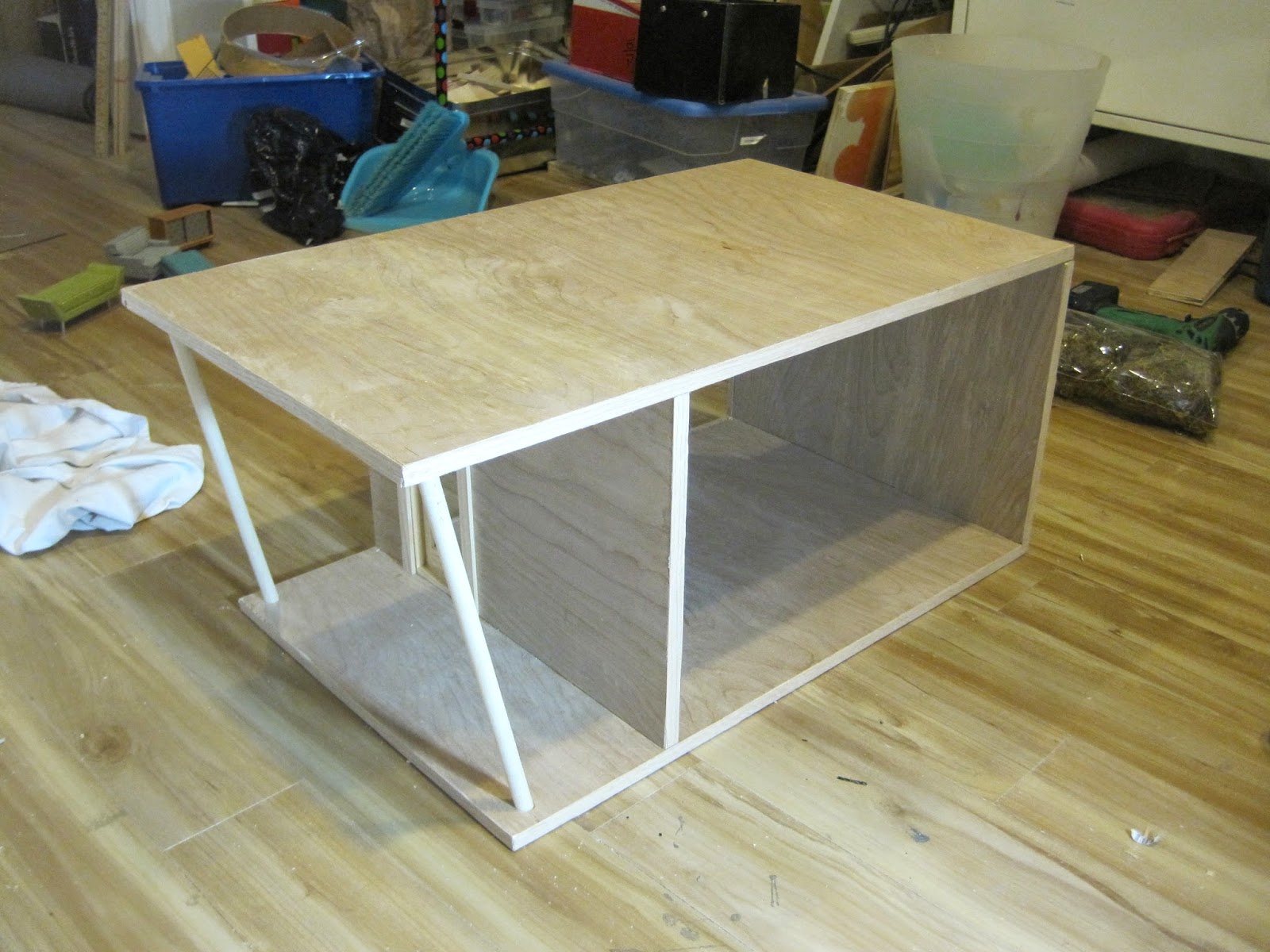 I call her Trudy because it seems like such a 1950's-1960's name.  I got the inspiration of the name from a character on Mad Men. She is 24" long, 10" tall and 14" deep.  Here she is "naked" with no finishes.  I'm thinking of selling her in her natural state and letting the buyer decide to leave her as is or decorate her to their liking.  She is made of 1/2" furniture grade birch plywood and edged with birch veneer.  I think she would even be sturdy enough for kids.  She is put together with wood glue and pin nails.  I would love some feedback on whether or not you think this would be a good seller and if there is anything you would change.
Posted by Mad For Mod at 12:41 PM 16 comments: 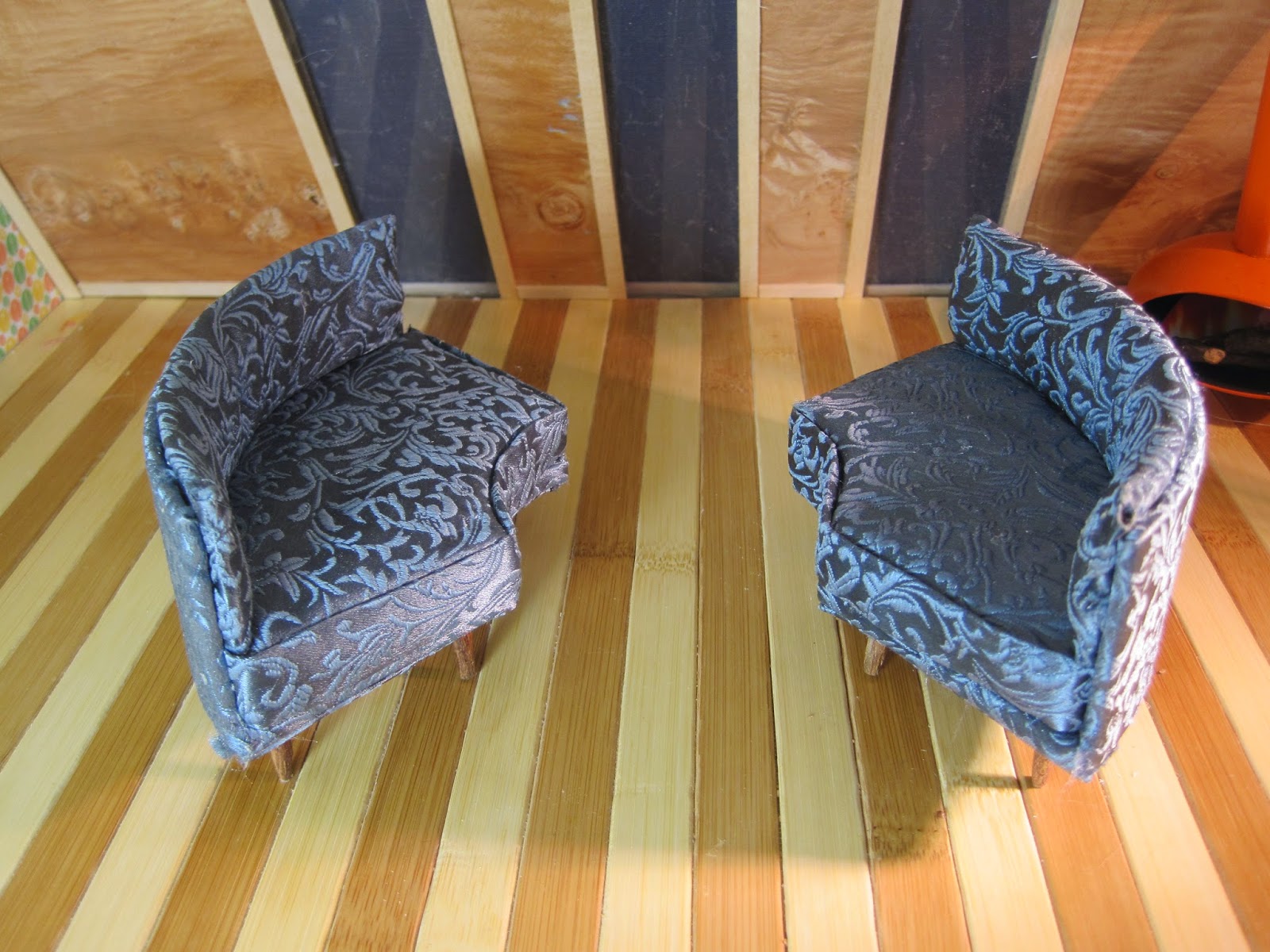 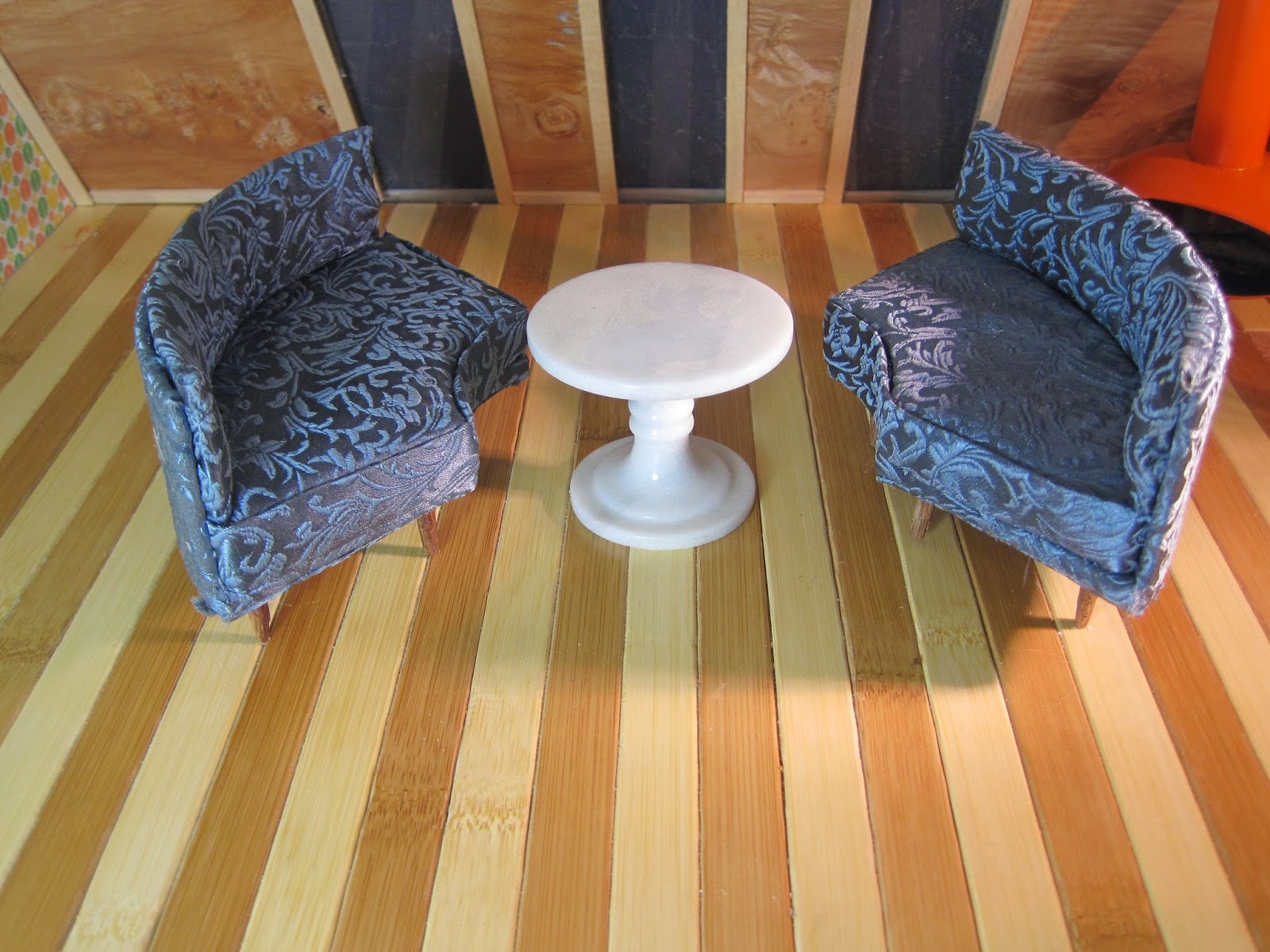 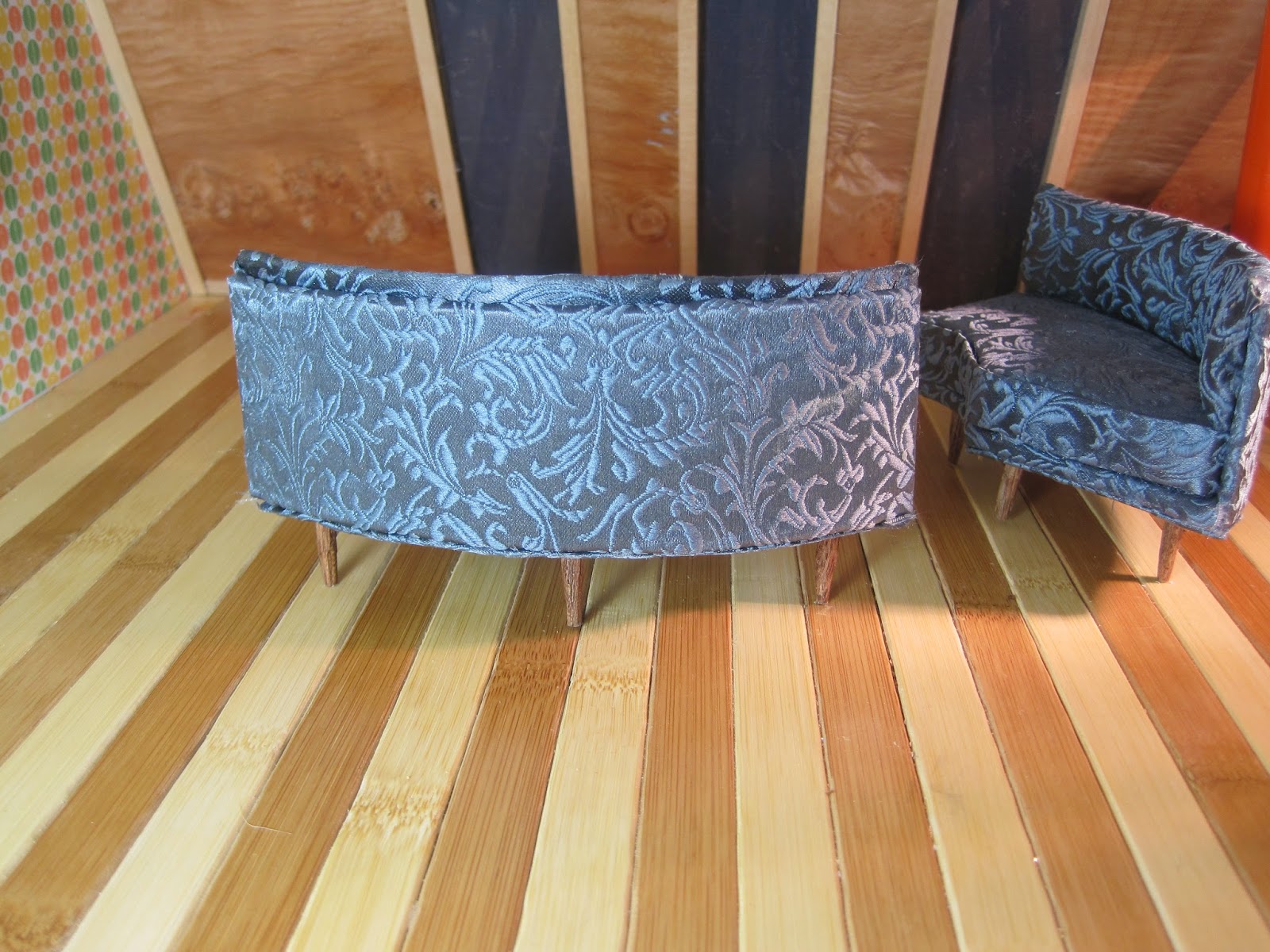 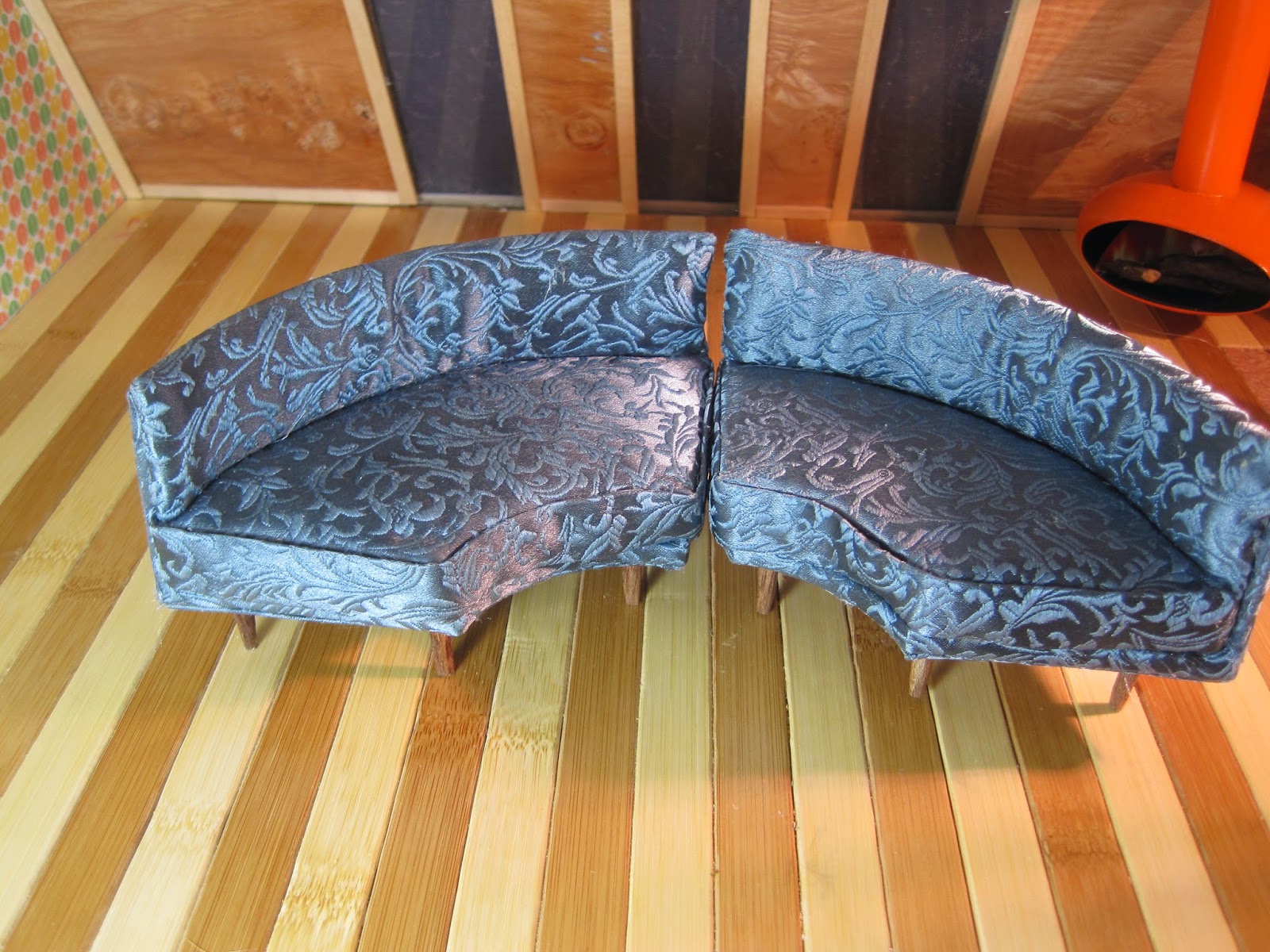 Recently Minismodernas (a great source for modern miniatures based in Spain) held their third annual modern miniature contest.  The premise was to make a modern miniature scene.  The results of the contest are in.....This year's winner is....me. I was on vacation in Michigan when Rosa e-mailed me that I won.  I was so excited!!! I feel especially honored since one of the judges was the amazing Pablo Leal of Amatheria. As you may remember, I posted this scene a couple of months ago to welcome summer. You can see the details here. 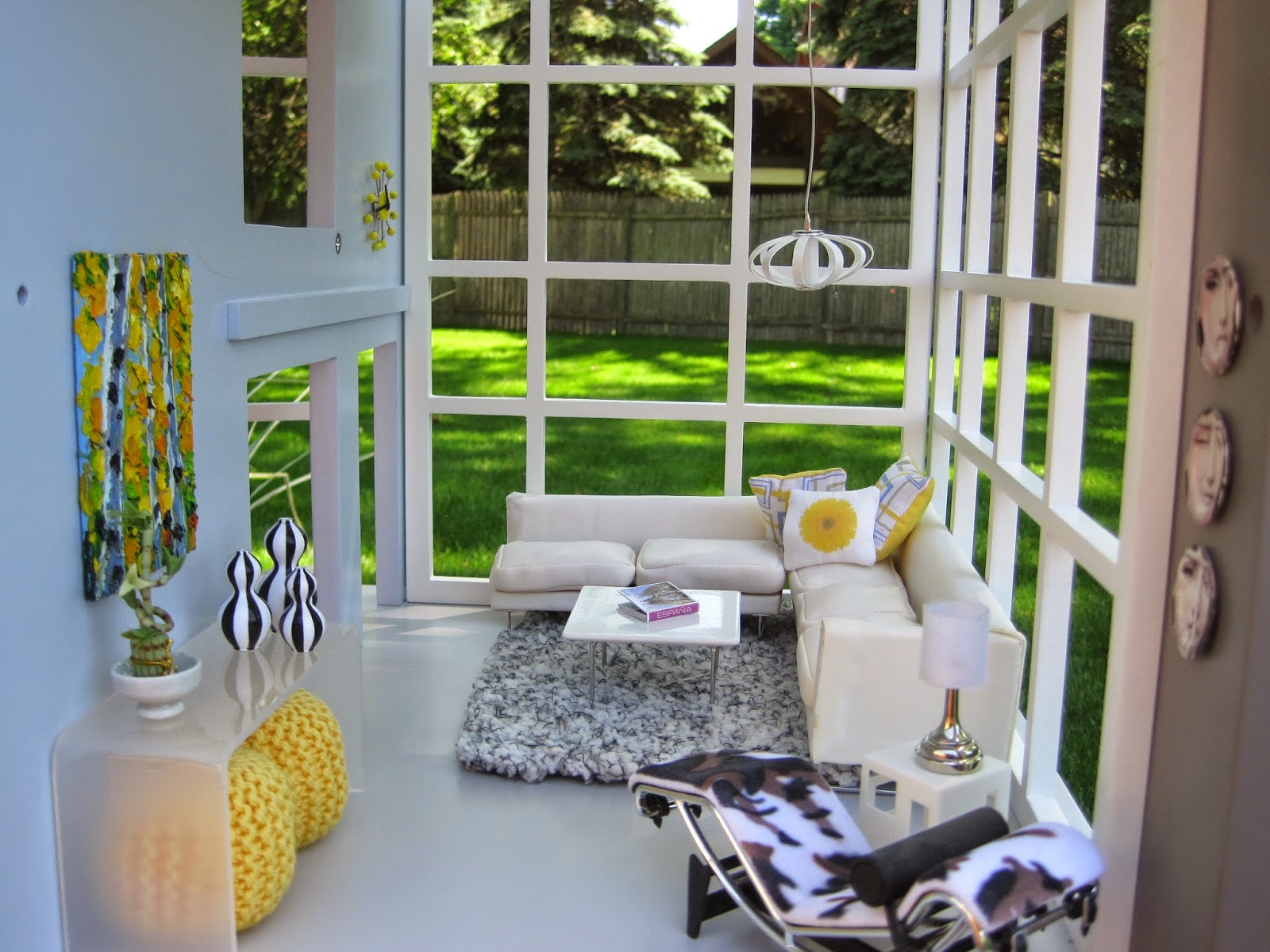 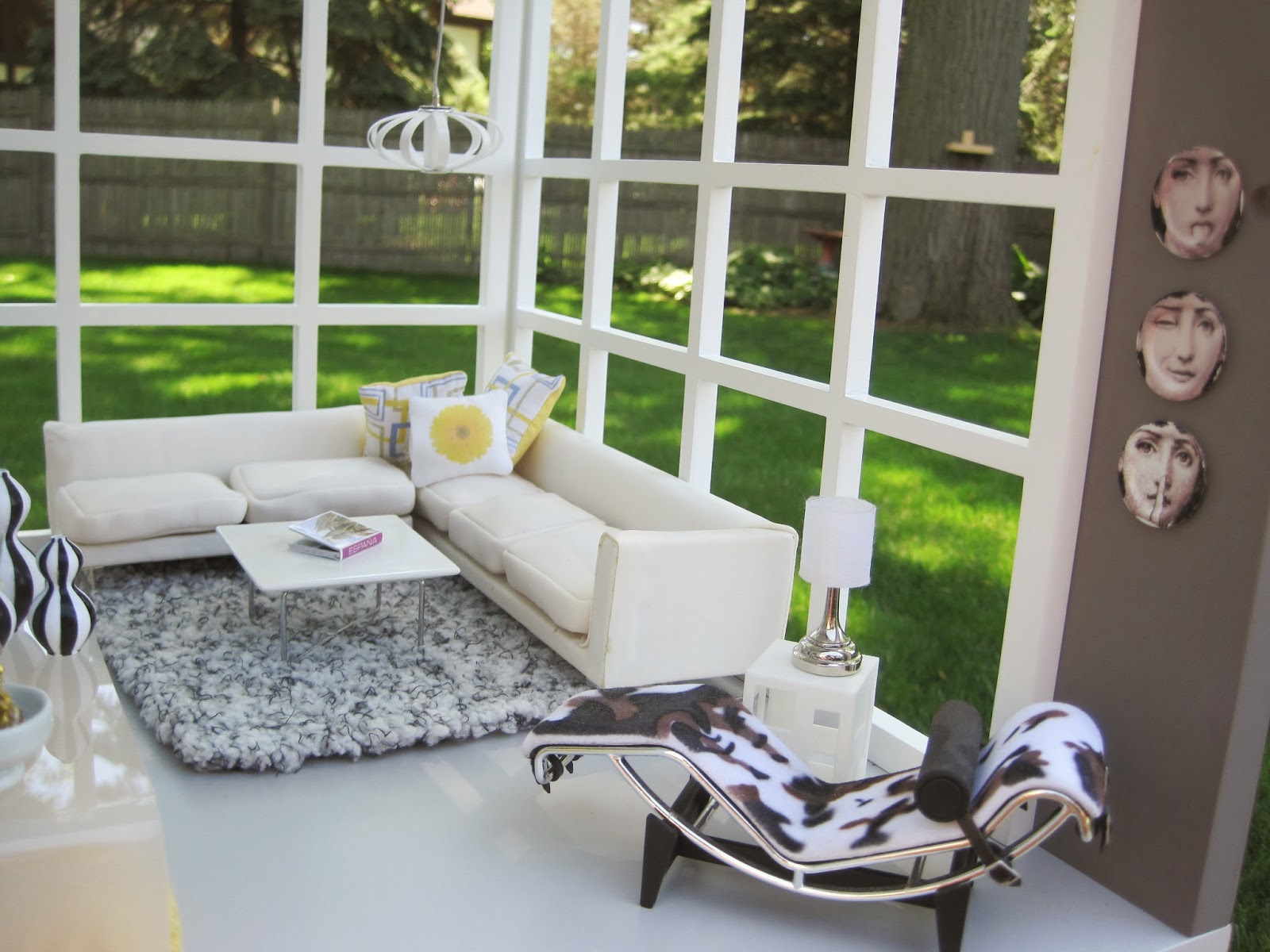 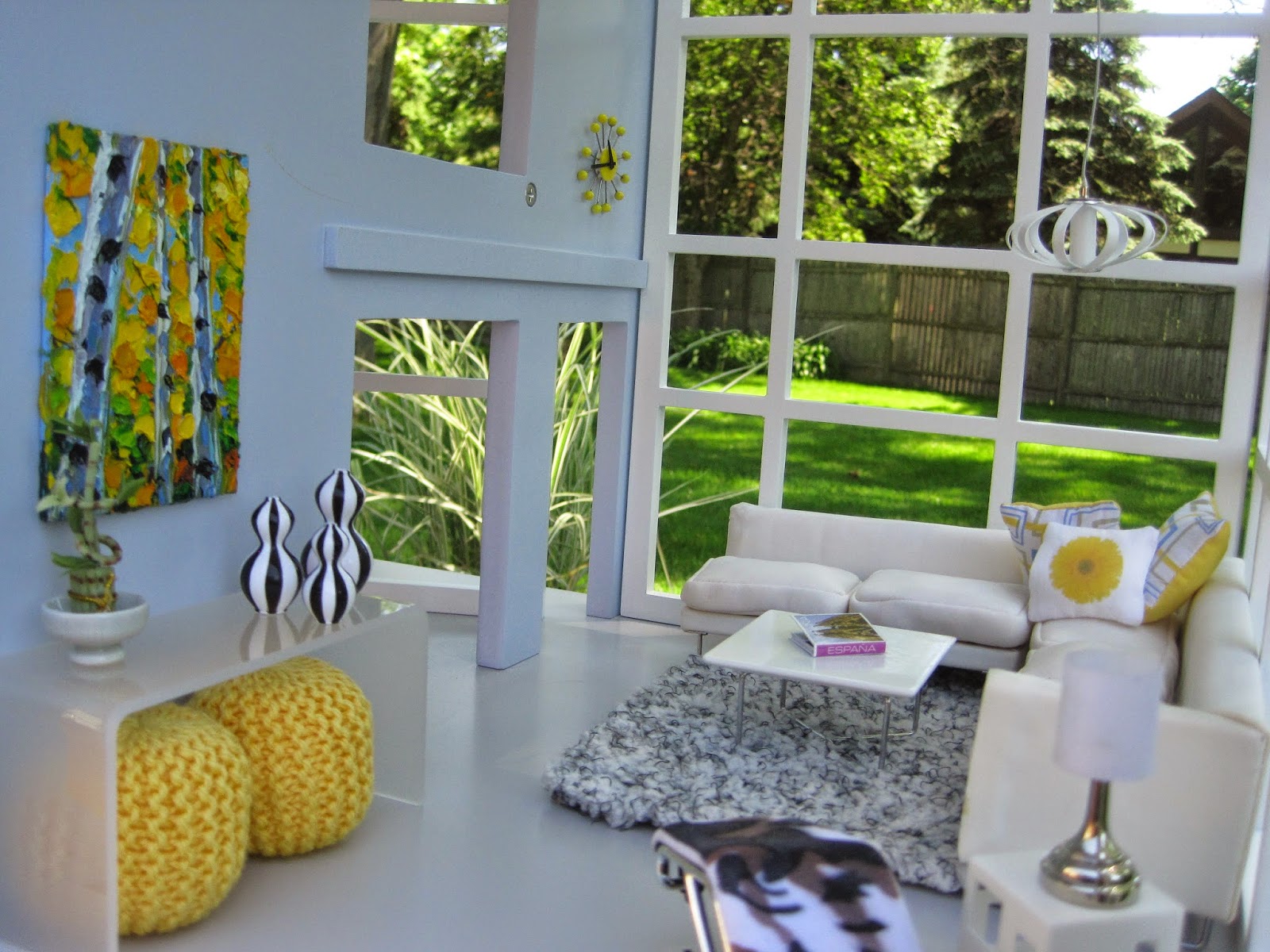 The runner up for the contest is...The Japanese house by Nadine Bedini.  You can see more details of this awesome house at Minismodernas blog. 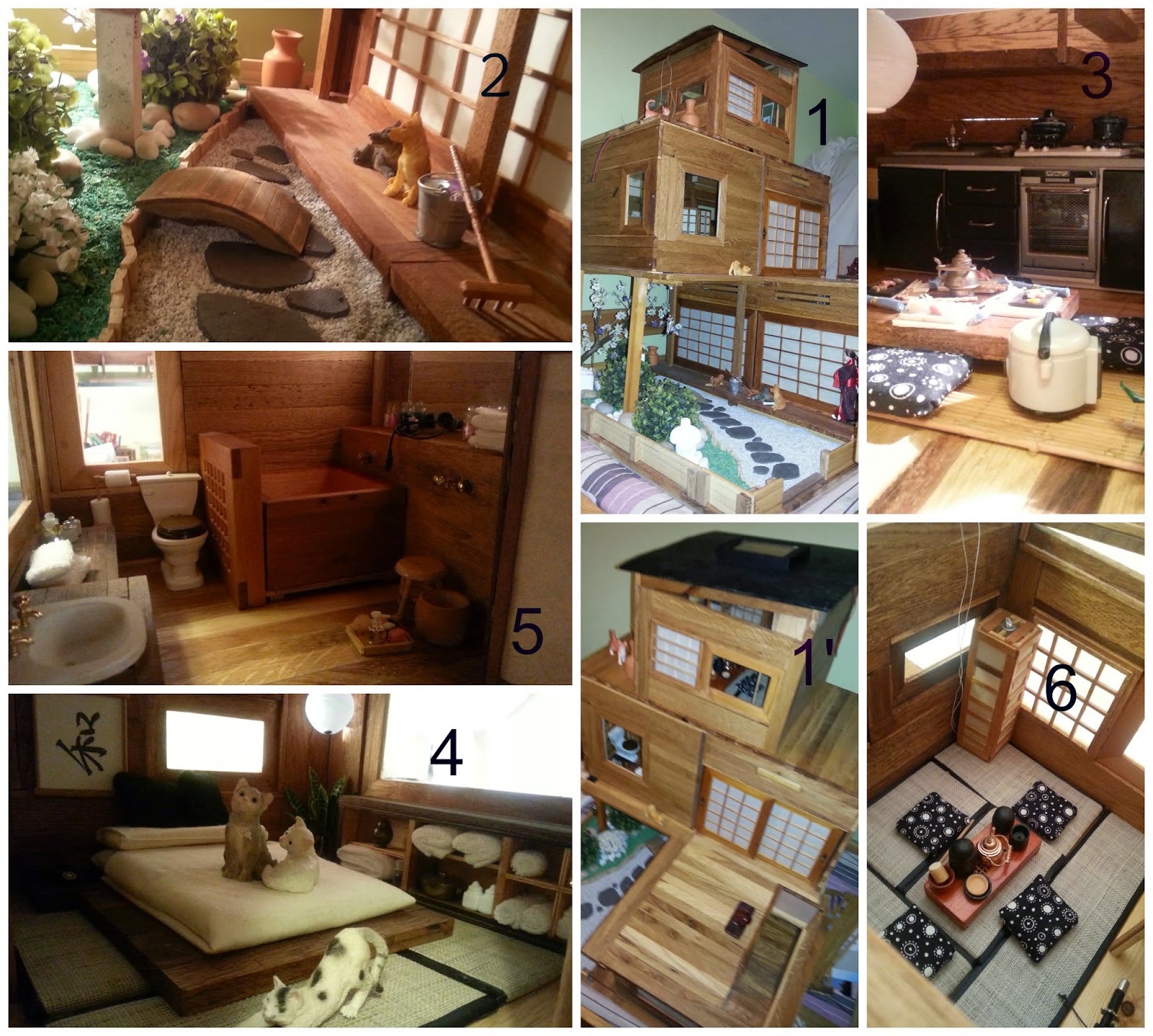 Here are some photos of the other entries for the contest. 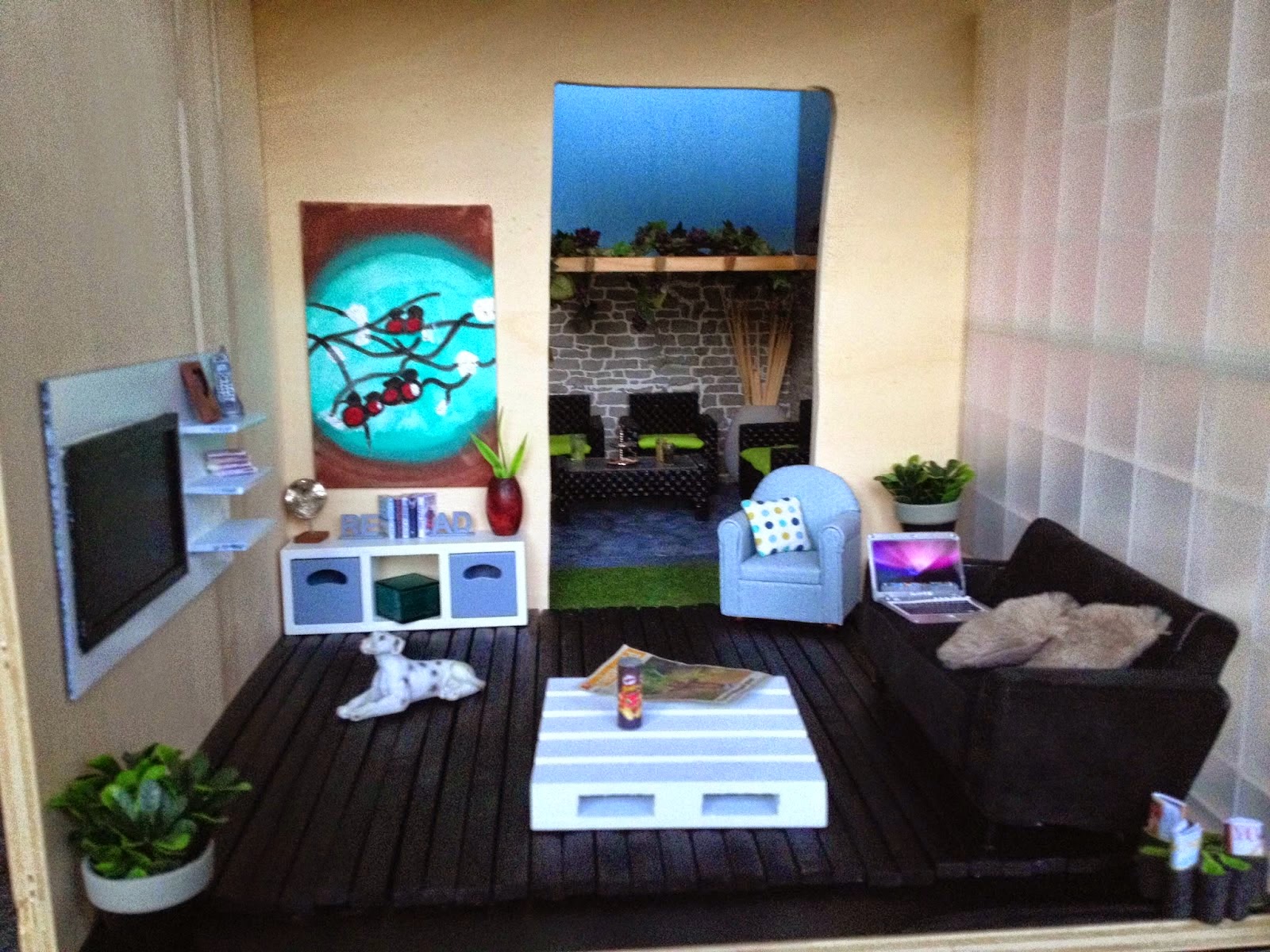 Scene Contrasts by Mandy Vlak of Mini Modern Mind.  I love the colors and that painting is awesome! 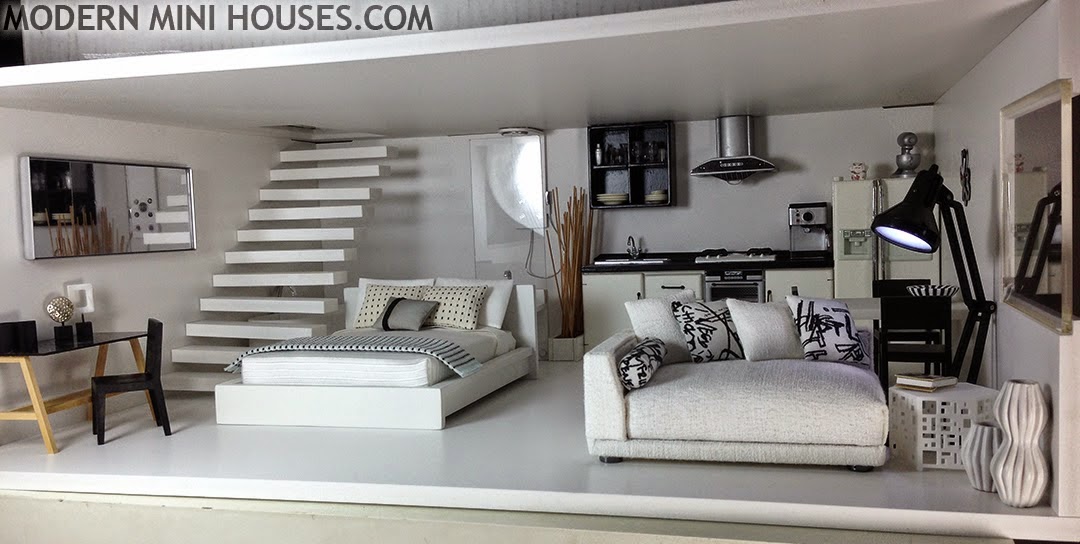 The MiPad in Black and White by Megan of Modern Mini Houses.  This is one of the famous new MiPad rooms from Elaine Shaw at Miaim Miniatures 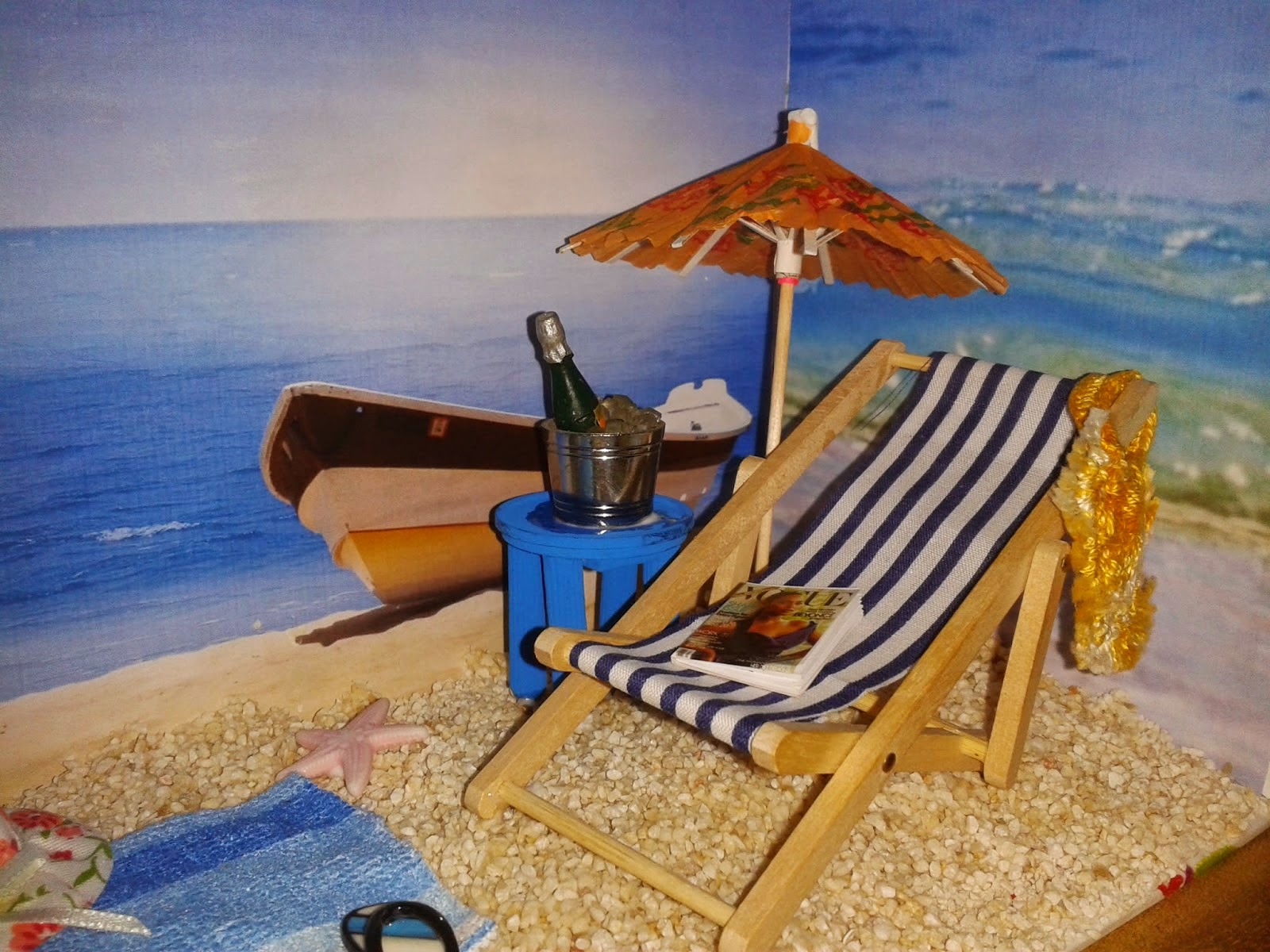 A Summer Scene by Irene Mont.  I like the relaxing feeling here. 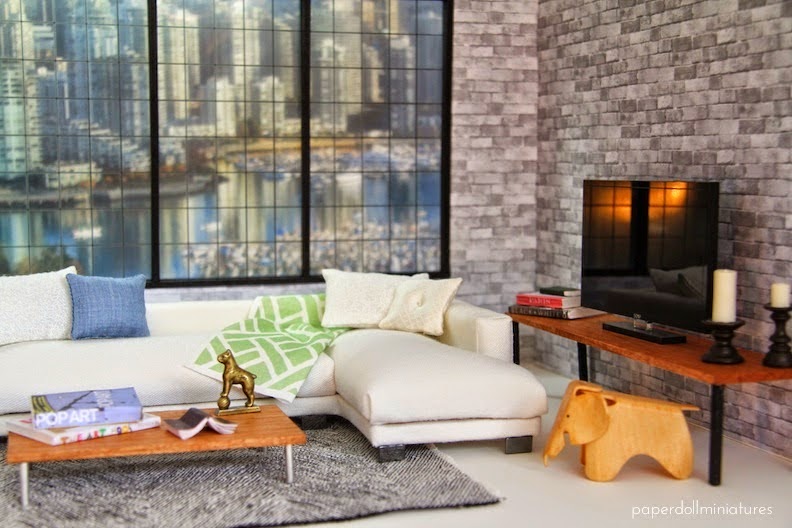 The Modern Loft by Kristine of Paperdoll Miniatures.  I love how she did the city scene in the background. 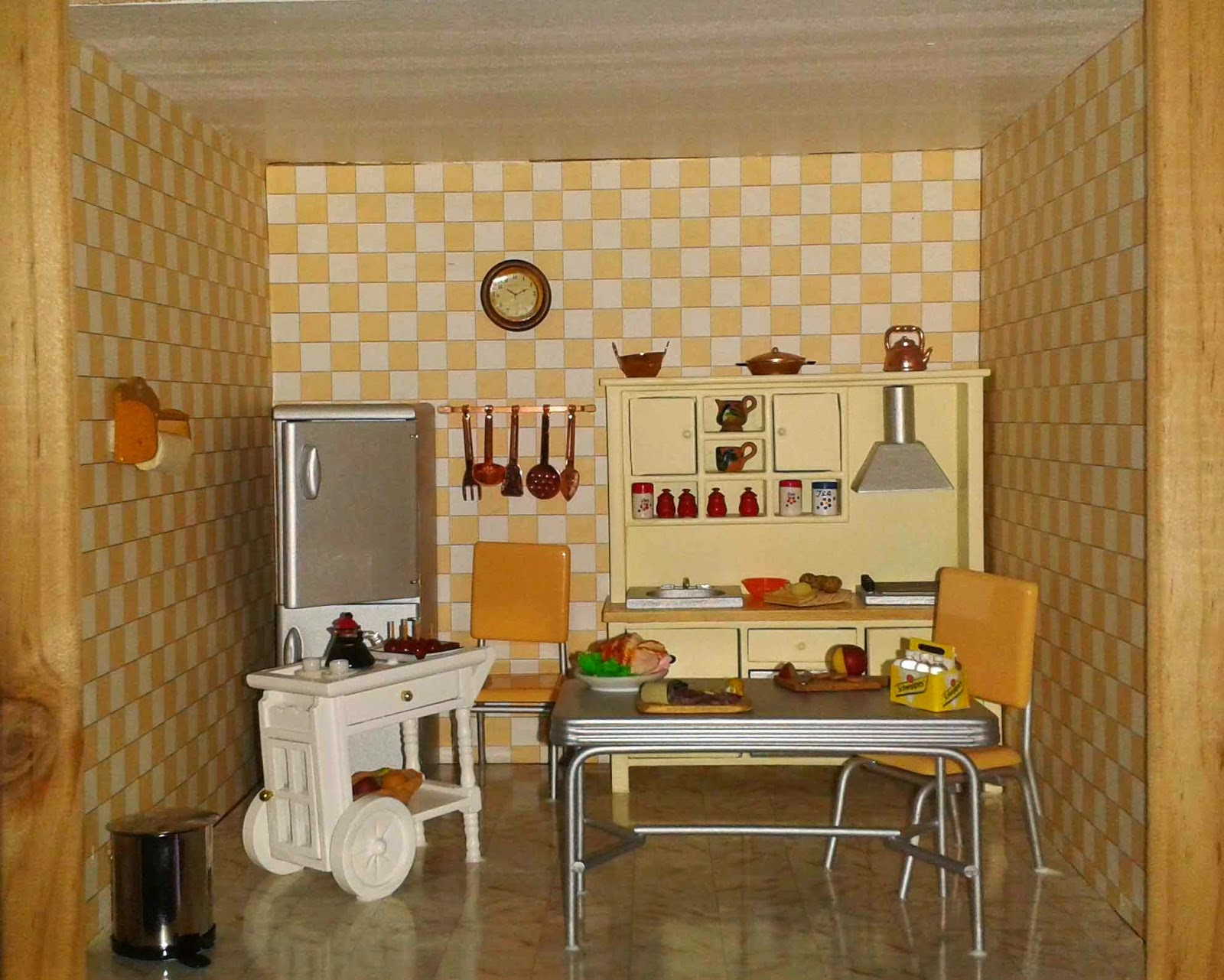 A kitchen Scene by Irene Mont.  I love the yellow and all of the details. 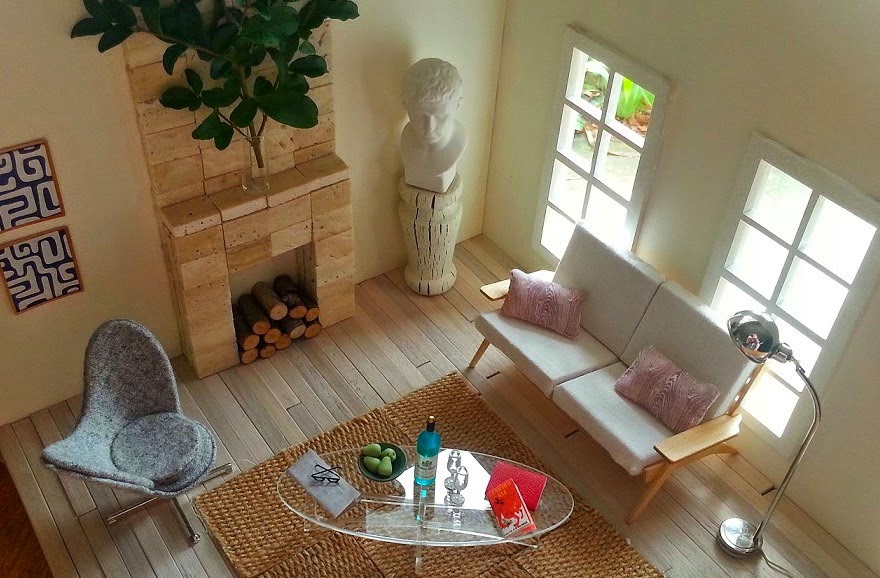 This wonderful modern scene by Gabrielle from In the Twelfth Scale. By the way she won second place in last year's contest.  I love the serene feeling and the light colors.

All of the entries are just wonderfully modern and very well done!
Posted by Mad For Mod at 6:57 AM 10 comments: