I had grand plans for making the accordion folding glass doors for the beach bungalow. The original plan was to make folding doors.  Well, after some trial and error I got frustrated and decided to try something else. 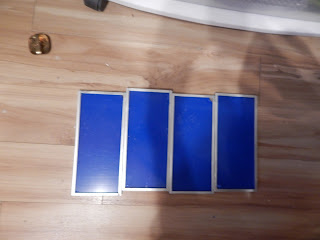 On to plan B...I made frames for the plexiglass. 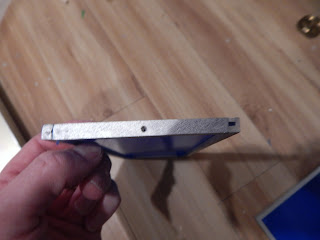 I put a hole at the top and bottom of each frames to insert a small dowel. 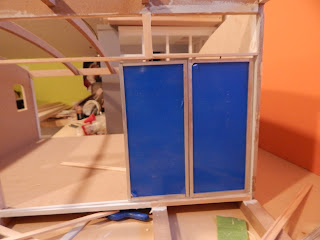 I made tracks at the top and bottom of the opening where the ends would sit. 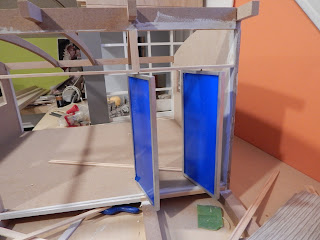 The doors would then swivel and 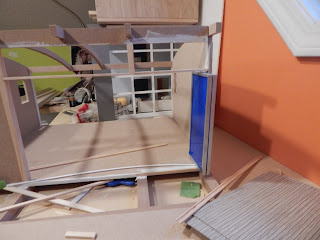 slide all the way to one side.

The doors wouldn't slide nicely and kept falling out of the track. I first tried making the tracks out of wood, then I thought plastic would let them slide better because it was slick.  Neither worked well so I started over. 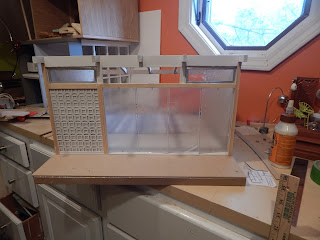 I left the plastic on the panels so that they wouldn't get dirty. 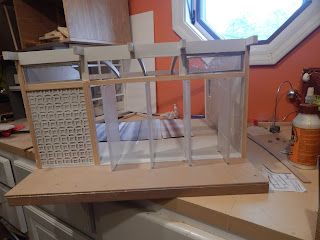 I added a decorative metal panel to the left. 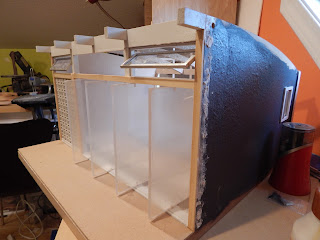 I finished the transom type windows for the left and right sides.  They even open. I texturized the outside walls with spray wall texture from the hardware store and painted the walls a dark gray.  I still need to add trim.  Now the question still remains...Will I make it modern or mid-century modern?  I'm still working on that decision.

After all this time, I'm finally getting to show you what I got at the International Show in Chicago...6 weeks ago. I bet you were wondering what I got.  I was only able to go to the show for a few hours and I managed to get to the Three Blind Mice Show for about half an hour too!  ( I drove 3 1/2 hours there and 3 1/2 hours home in the same day). I am very happy with what I got. My apologies for not keeping track of where I got everything! 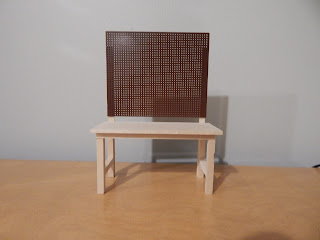 This workbench is from All Bout Miniatures
Also a little Red Ryder BB Gun and a yard stick (not pictured). 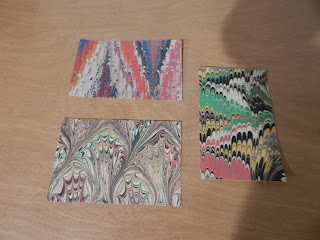 More gorgeous hand made papers to use as art. 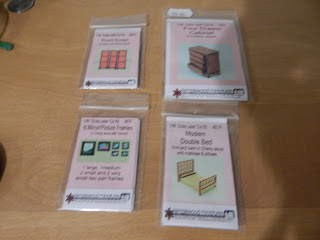 A few 1:44 scale kits for a modern kit that I have and will at some point build. 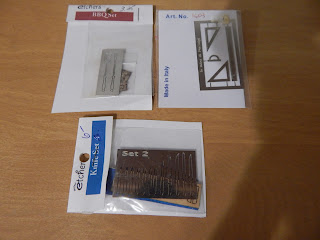 Knife, barbecue and a drafting kits. 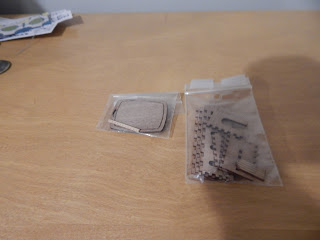 A little kids castle and a cutting board. 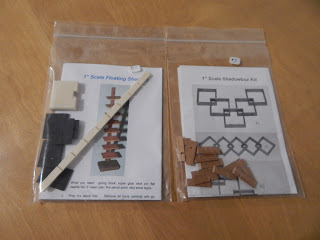 A couple of modern shelving kits. 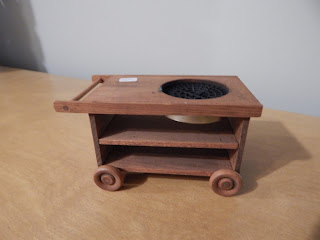 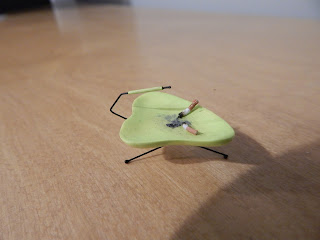 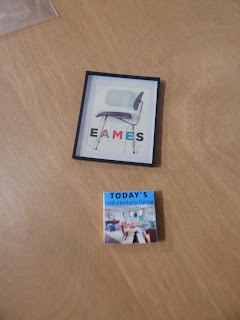 And this Eames print and MCM book from PRD Miniatures.

I can't wait to use them all in some scenes and my new builds!
Posted by Mad For Mod at 5:45 PM 5 comments:

I have some exciting news for the world of modern miniatures and dollhouse miniatures in general!

Minismodernas has just opened a new brick and mortar store of modern dollhouse miniatures in Barcelona, Spain!!    She is carrying both 1/12 scale and 1/6 scale.

Over the last year and a half or so, I have become friends with Rosa, the owner of Minismodernas the online modern miniatures shop based in Spain. (Which by the way makes me wish all of those years of high school Spanish had stayed with me). I've known about this for a little while and I should have mentioned this earlier, but Rosa's shop officially opened on May 2.

You can see more details here as I don't have any pictures of her new store.

Congratulations, Rosa.  May your new store be a booming success!
I am incredibly happy for you!