I know I haven't posted in awhile.  That's because I decided to give selling at the Museum of Miniature Houses Show another try. I did the show a few years ago and literally made enough to pay for my table.  I did it again last year and it was better.   This year was about the came as last year.  I swear I'm not complaining...really!  I had so much fun talking with and trading secrets with other miniaturists and now I have a ton of stuff to list on Etsy. So here are a few pics of what I've been up to for the last two months instead of cleaning my house or working on other projects. 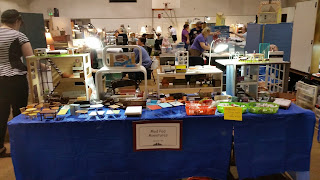 My table.  I really enjoyed being on the inside of the show.  It's so much fun to joke around with the other vendors. 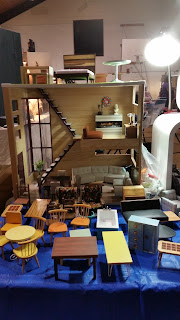 The Lori Loft from Target and some vintage German pieces I have.  My guess is that the local Target stores may be sold out of the loft now.  I told everyone about it in hopes that they might become modern mini converts. 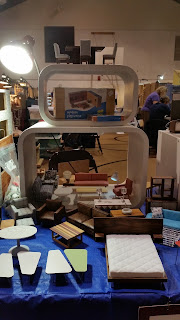 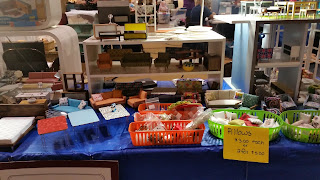 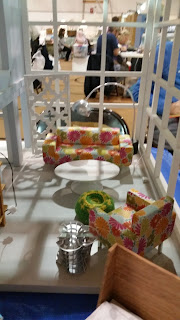 I love the print on these! 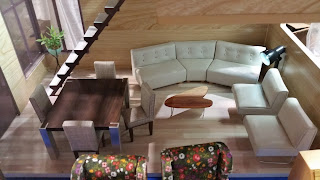 The really good news is that Three Blind Mice will be taking over the Indy show next year and I'm super excited!

Now for the next two weeks, I will be cleaning, doing laundry and listing stuff on Etsy.

Then comes HALLOWEEN! Woo Hoo!
Posted by Mad For Mod at 5:43 PM 5 comments: