Have you ever had one of those projects you have been working on for months and no matter what you do you're just not happy with the way it's turning out? The HBS creating contest kit is that one for me.  I've had many seeming "brilliant" ideas which I have been blogging about and quite honestly, none of them turned out as I had hoped. I just didn't feel like I was getting anything exactly as I wanted it.

Then I received a little something in the mail that inspired me... 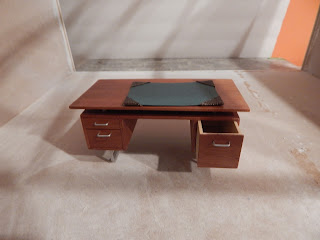 This incredible mid-century modern office desk made by Patie at Minisx2. 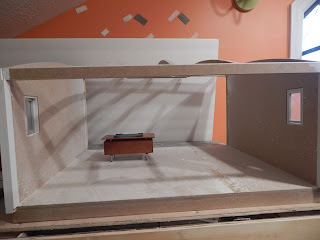 Then this happened...I ripped out the swiveling doors and the inside and outside walls. 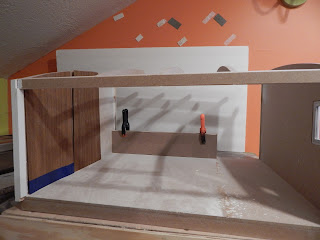 If anyone watched the AMC Series Mad Men, you probably know where I'm going with this.

My version of Don Draper's office
I had planned on doing this at a later date, but when I got the desk that was it... 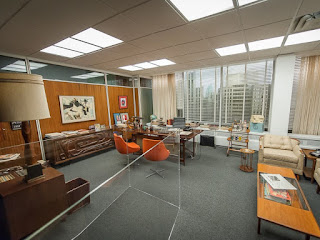 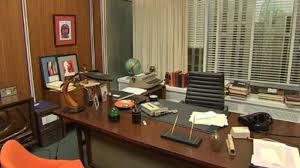 I wanted to do a replica, however I wanted to use the patio area that I already worked on and the curved ceiling is different than the real thing.